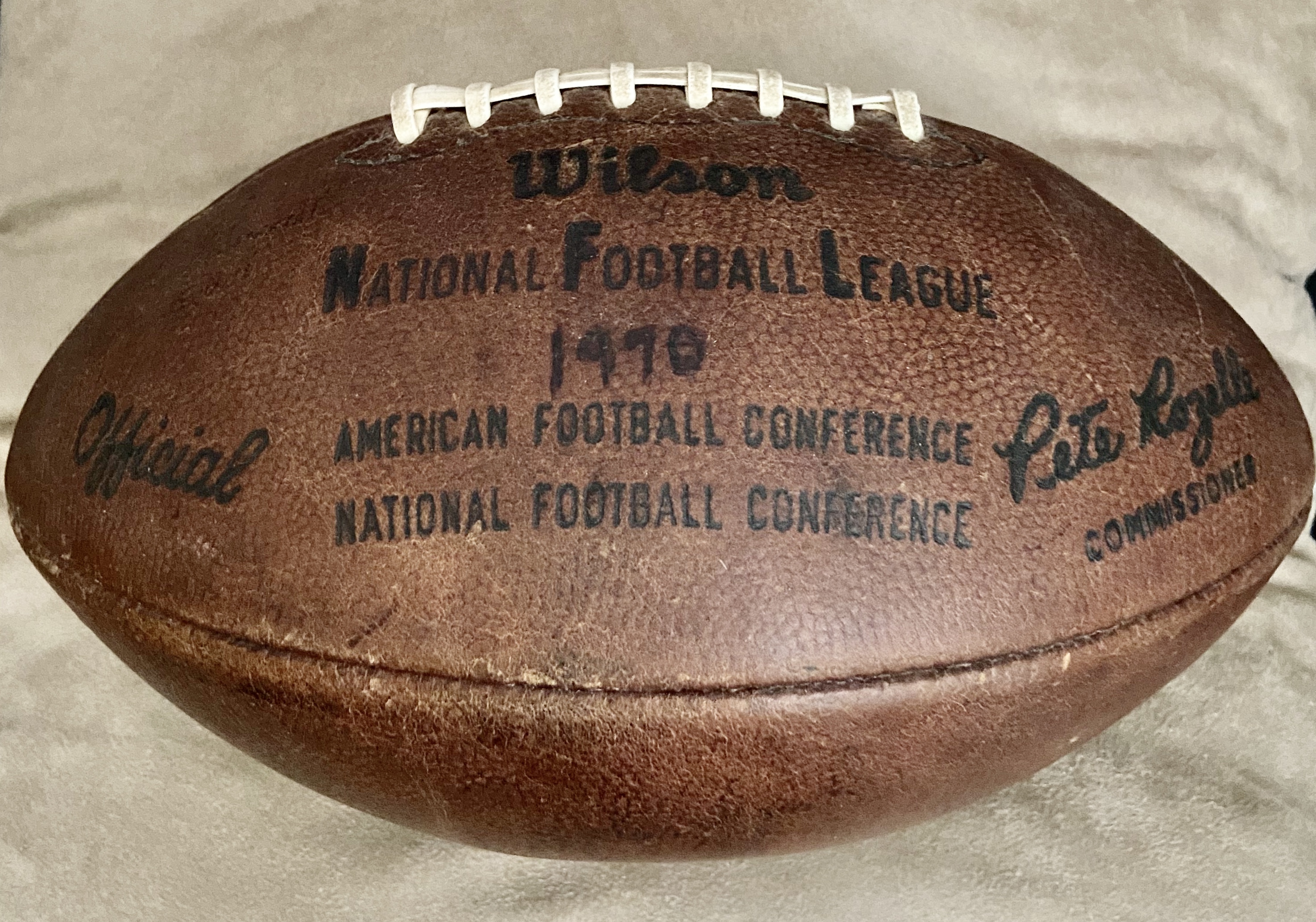 For a young kid who was in love with pro football, 1970 should’ve been my favorite year.

With the merger of the National Football League and the American Football League official, the NFL was now a one-stop shop for the ultimate in gridiron competition. Twenty-six teams, two conferences – shoot, ABC was even going to start televising games every Monday evening throughout the season.

I could stay up late on a school night and watch football, and that was a pretty dang big deal.

Instead, while other nine-year-olds were thinking about Lassie saving some idiot kid from quicksand or the Brady Bunch playing in their AstroTurfed backyard, I was mourning the death of the two-point conversion.

See, I was an AFL guy. Considering my age I was probably more of an urchin than guy, but the point is “my” pro football league was the junior circuit.

It was wide-open, filled with fascinating characters who played with sandlot sensibilities. There was nothing quite as fun as watching aerial battles at muddy Shea Stadium in New York, muddier Oakland-Alameda County Coliseum in the Bay Area or muddiest War Memorial Stadium in Buffalo.

But because of the merger, the AFL was reined in, cleaned up and stripped of its identity.

The four-man competition committee, which met in the spring of 1970, voted to eliminate the two-point conversion and take a bit of fun and strategy out of the game. In the AFL days, if a team trailed 35-28 and scored with no time left on the clock, it could go for the win.

Going forward and faced with the same scenario in the expanded NFL, it could only hope to settle for a tie.

The committee also voted to use the NFL ball instead of the more pointed AFL ball, the latter designed for passing and one that helped turn guys like Joe Namath, George Blanda, Jack Kemp and Daryle Lamonica into stars.

The only concessions the AFL got was the approval for players to wear names on the backs of their jerseys (whoop-de-do) and official time being kept on the scoreboard (I didn’t care if Dingus the feral groundskeeper kept official time).

And worse – at least from my standpoint – was that the Baltimore Colts, Pittsburgh Steelers and Cleveland Browns joined the 10 former AFL members in the new American Football Conference.

I didn’t so much care about adding the Steelers and Browns, but Super Bowl III was one of my greatest sports memories as the Jets stunned the world (or at least the part of the world that cared about football) with a 16-7 upset of the Colts.

That would never happen again because now the two teams were not only in the same conference, they were in the same division.

It all seemed wrong – like having the friend who lived in your middle class neighborhood suddenly move into a big mansion in a ritzy part of town.

It’s not that I disliked the NFL or anything. Just as the Jets, Namath and Weeb Ewbank were my favorite team, player and coach in the AFL (and all of pro football), the Los Angeles Rams, Roman Gabriel and George Allen had my allegiance in the older league. But I enjoyed the AFL more – much more – and relished the fact that they were separate entities.

Joining forces made the game bigger, but not necessarily better from my standpoint.

Of course it was a business decision that made perfect business sense. No longer would there be bidding wars between leagues and the merger ensured that all the franchises would be sustainable.

But I didn’t care about any of that stuff. I was nine, and my idea of business was trading my G.I. Joe with lifelike hair and beard for your G.I. Joe with kung-fu grip – and adding a dollar to sweeten the deal. I never demanded that football teams open their books and explain their financials.

So the AFL died hard for me 50 years ago when the modern NFL was born. While ultimately it was best for professional football,

I missed the old neighborhood – and all that fun in the mud.

Scott Adamson · 8 hours ago
@adamsonsl
ICYMI …
The 1923 Black Barons went from minor league to the majors in one summer.
https://t.co/K6v2A4wdYN
View on Twitter
0
3

Scott Adamson · 19 hours ago
@adamsonsl
The 1923 Black Barons went from minor league to the majors in one summer.
#BlackHistoryMonth #Birmingham
https://t.co/K6v2A4wLOl
View on Twitter
0
3

Scott Adamson · 23 hours ago
@adamsonsl
Thank you all for the kind words about Charlie. He never knew anything but love during his 15-plus years, and that provides a bit of comfort.
#dogsarefamily https://t.co/EGgZuLJcfO
View on Twitter